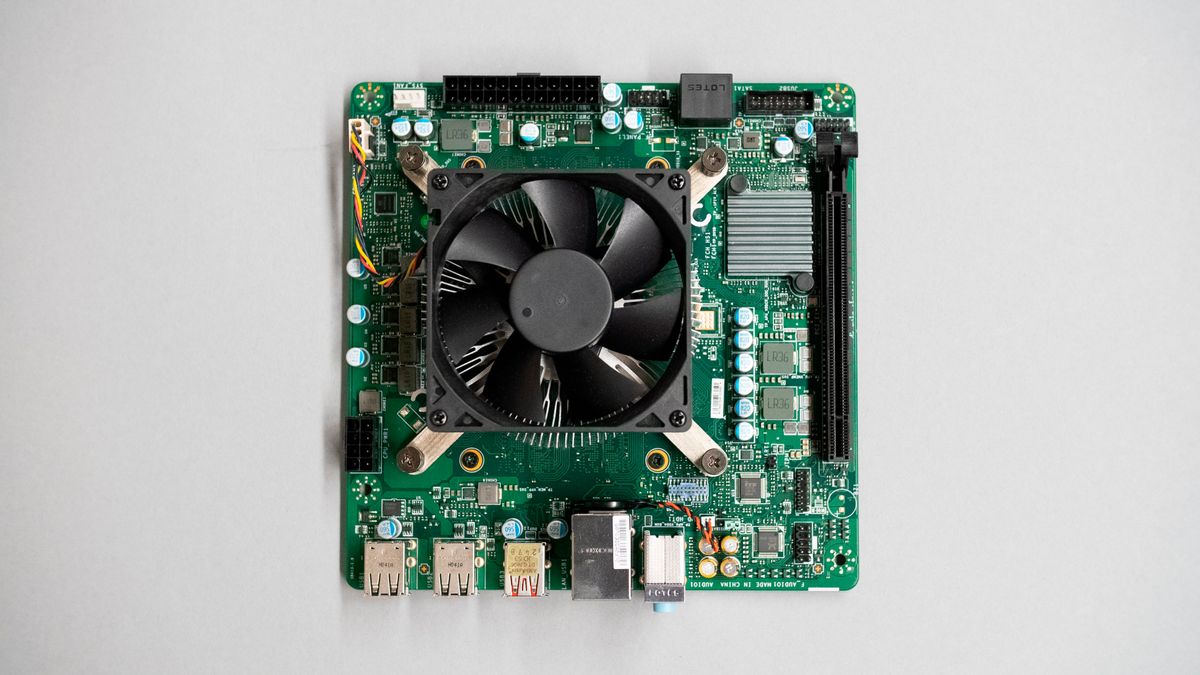 A Twitter user has shared the first photographs of the AMD 4700S Desktop Kit. The 4700S processors are widely thought to be defective chips that didn’t make their way into the Xbox Series X, but AMD has declined to comment on that aspect.

AMD doesn’t officially list the 4700S on its website, so the processor’s specifications are unknown to the public. However, a couple of convincing benchmarks and retailer listings helped us put the pieces together. Based on the Zen 2 microarchitecture, the AMD 4700S wields eight cores and 16 threads with a 8MB L3 cache. We’ve spotted the 4700S operating with a 3.6 GHz base clock and a boost clock that peaks at 4 GHz. The octa-core chip is paired with 16GB of what appears to be GDDR6 memory.

The AMD 4700S Desktop Kit resides on a tiny, green motherboard, although we’re uncertain if it conforms to the standard mini-ITX form factor. It draws power from a standard 24-pin connector and 8-pin EPS connector. The motherboard doesn’t offer memory slots of any kind, which seems to confirm our suspicion about the usage of soldered GDDR6 memory chips. It features a custom heatsink and a small cooling fan. Given the size of the heatsink’s backplate, the GDDR6 memory chips may be located at the backside of the motherboard.

Like the typical mini-ITX motherboards on the market, the AMD 4700S Desktop Kit provides a single PCIe 3.0 x16 expansion slot for you to add a discrete graphics card. We suspect that AMD added the slot because the iGPU inside the 4700S is either disabled or defective.

There are a total of eight USB ports on the AMD 4700S Desktop Kit. The black ones are obviously USB 2.0 and the red ones are likely USB 3.0, although we don’t know the exact specification of the latter. The motherboard also provides three 3.5mm audio connectors and one Ethernet port.

We’ve seen the AMD 4700S Desktop Kit selling for around $317.38 at a Finnish retailer. Unfortunately, we’ve been unable to find the kit in the U.S. market to verify its pricing. And since AMD’s keeping a tight lip around the 4700S, we’ll just have to wait until the next clue pops up.