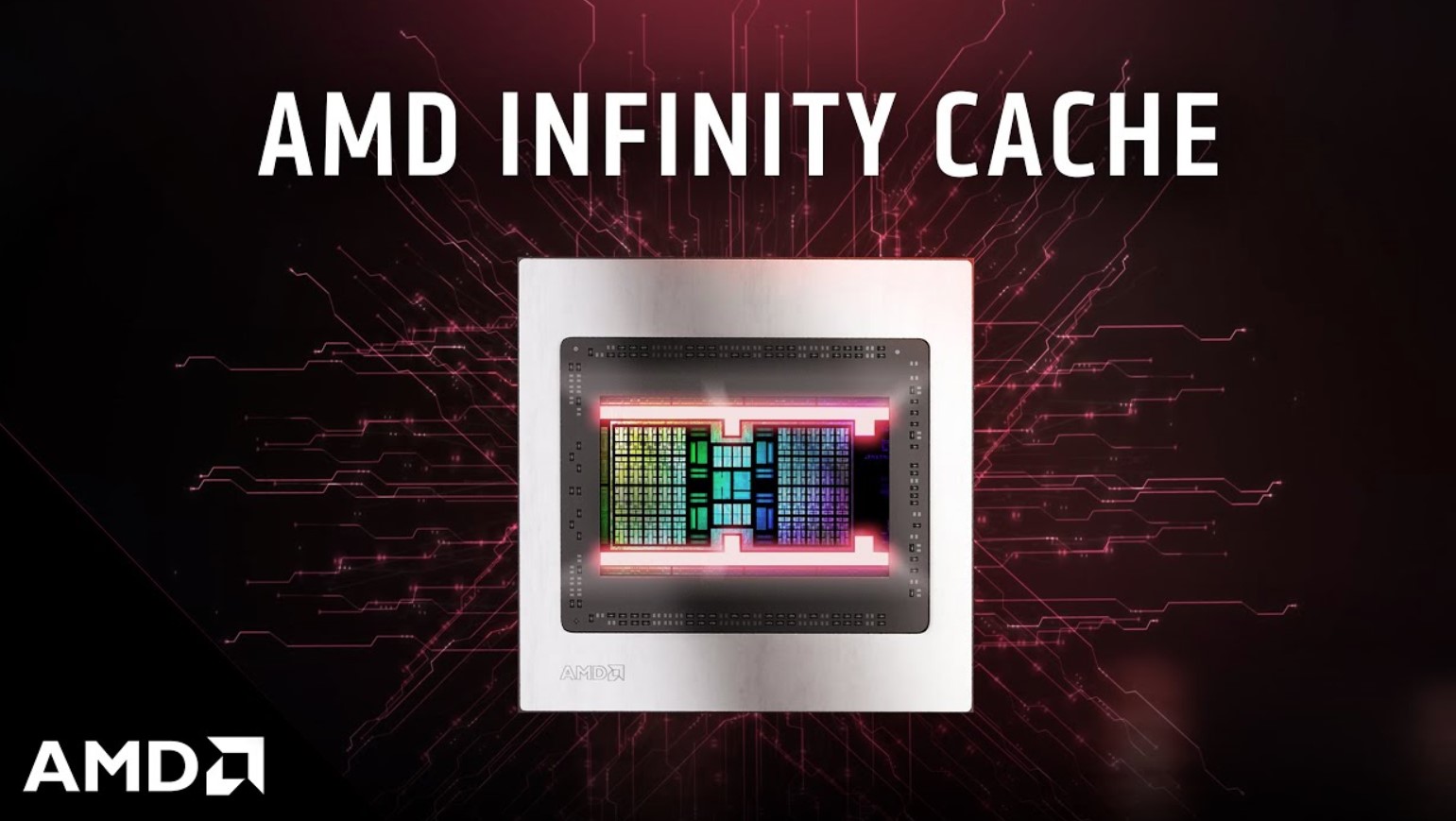 A new patch has been issued for AMKFD, a Linux kernel HSA driver for AMD APUs. This patch confirms L1, L2, and L3 cache sizes for various AMD GPUs.

AMD employee wrote, “The L1 cache information has been updated and the L2/L3 information has been added. The changes have been made for Vega10 and newer ASICs. There are no changes for the older ASICs before Vega10.“. This update brings 699 insertions and 50 deletions in the kfd_crat.c file. The patches aren’t limited to newer GPUs and APU. Cache information for various GPUs such as Vega 10 or Aldebaran (the upcoming Instinct MI200) was also added.

The file has received an update for Sienna Cichlid (Navi 21), Navy Flounder (Navi 22), and Dimgrey Cavefish (Navi 23). The Infinity Cache is not mentioned directly, but the file does list Level 3 Cache, which is basically what Infinity Cache is. While Navi 21 features 128*1024 (128MB) of Infinity Cache, the just-released Navi 22 has 96MB. According to the file, it would seem that Navi 23 has 32 MBs. 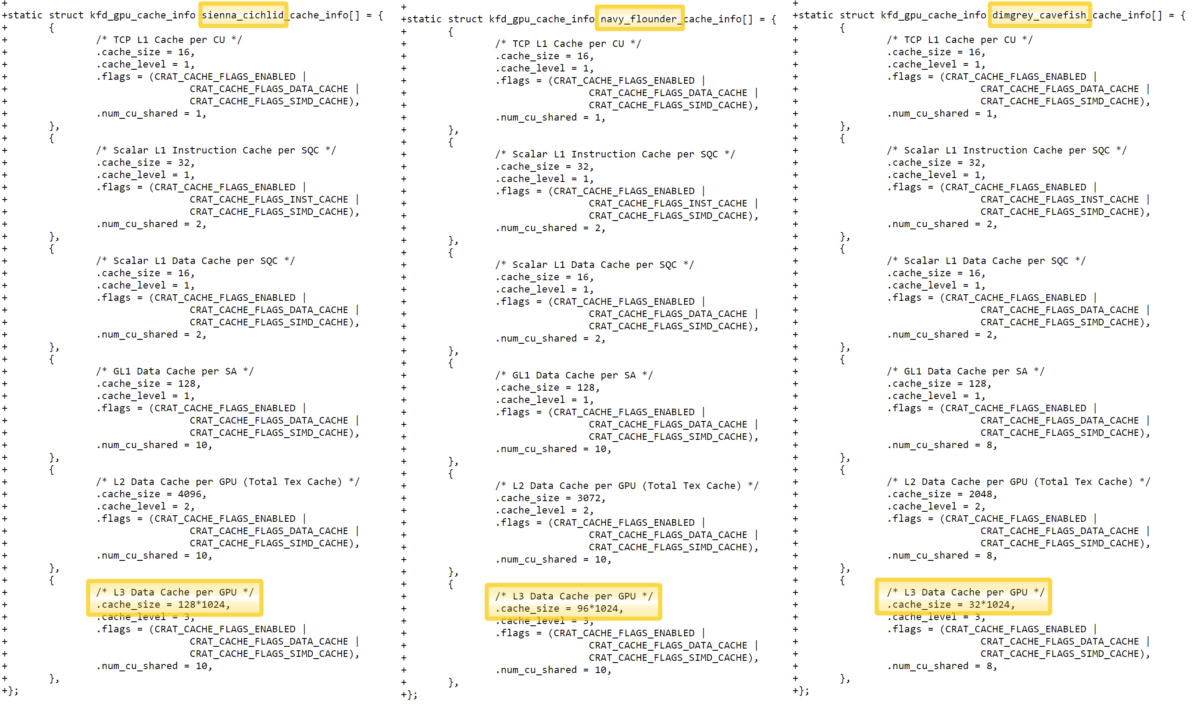 The file also has information on VanGogh and Aldebaran. While the latter was not expected to feature Infinity Cache, as it is a future Compute Accelerator, not really a graphics processor, the lack of Infinity Cache on VanGogh might be a surprise. This upcoming APU will feature Zen2 compute Core and Navi integrated graphics. This is actually the first AMD APU to offer RDNA based graphics, but the purpose of this APU has not been clear. Some rumors suggest it might be a special APU for an unnamed handheld console, while others think it might just launch as another mid-range APU. 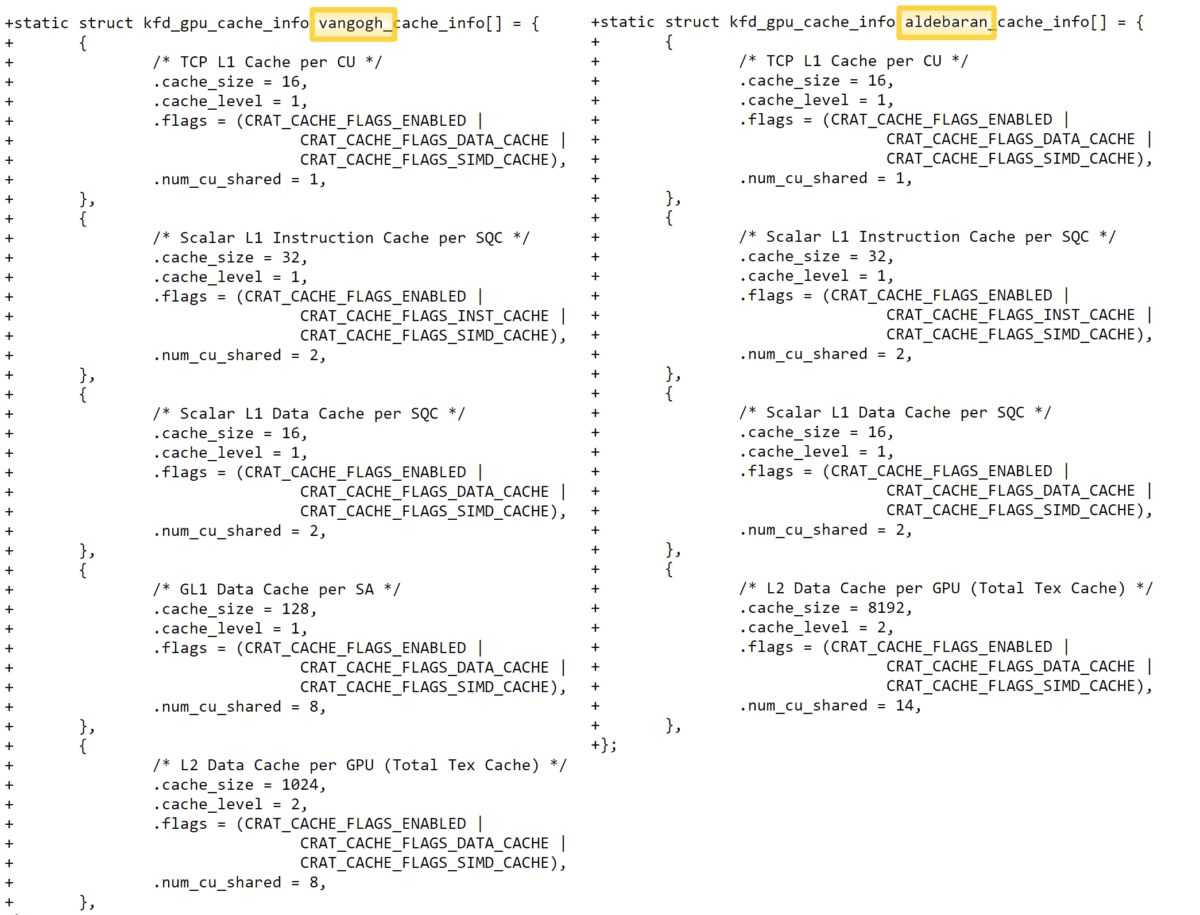 It is not clear which AMD Radeon RX 6000 graphics card will feature Navi 23 GPUs. Some rumors suggest that Navi 23 could be used by Radeon RX 6600 series, whereas others point towards Radeon RX 6500 series. AMD is also working on Navi 24, a low-end GPU likely for entry-level laptops. It could however launch as desktop RX 6300 series should AMD think it’s necessary.