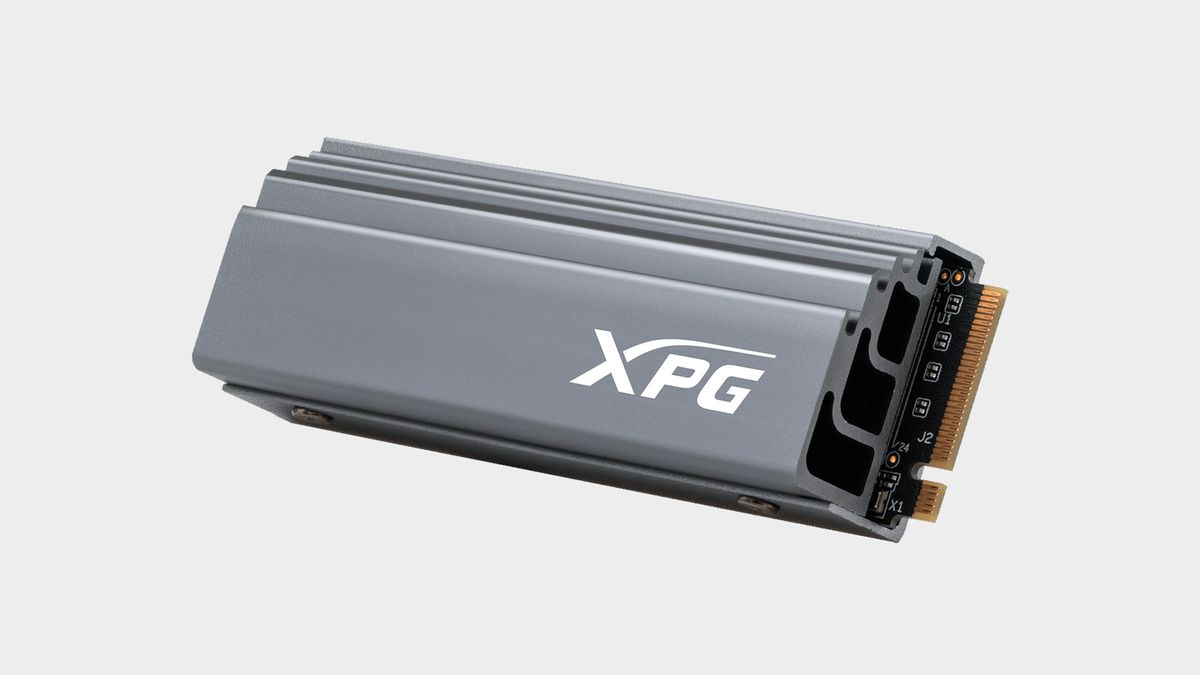 Another day, another super speedy SSDs with a quad-lane PCIe 4.0 interface. Give it up for the Adata XPG Gammix S70, a new 80mm M.2 drive which has its work cut out taking on the Samsung 980 Pro, the WD Black SN850, and the Sabrent Rocket 4 Plus, to name just a few of the numerous PCIe 4.0 drives from which you can now choose.

After all, simply serving up six or seven gigabytes of raw bandwidth isn’t going to make this drive stand out from the PCIe 4.0 crowd. Speaking of which, we may as well square away the Adata XPG Gammix S70’s headline speeds and feeds. Configured here with 2TB of capacity, it’s claimed to be good for 7,400MB/s of reads and 6,400MB/s of writes. Peak IOPS, meanwhile, are pegged at 650K and 740K for reads and writes, respectively.

The sequential numbers, therefore, look about as good as it gets for a PCIe 4.0 SSD. But the IOPS and therefore random access performance is theoretically a little behind the very best. As a for instance, the WD Black SN850 will do 1M read IOPS and 710K write IOPS, while the Samsung 980 Pro is rated at 1M IOPS in both directions. Ouch.

Anyway, Adata will also sell you a 1TB variant and both that drive and this 2TB model are populated with Micron’s 96-layer, triple-level-cell (TLC) V-NAND flash memory. As for drive endurance, the 2TB drive is rated at 1,480TB of writes, which is decent but not class-leading. Samsung’s 980 Pro is good for 1,200TB of writes, but the 2TB Corsair Force Series MP600 is way ahead at 3,600TBW. That said, not only are you covered by Adata’s five-year warranty, that 1,480TB’s worth of endurance buys you 810GB of write traffic each day, every day for five years. That really ought to be plenty.

Digging a little deeper into the details, the Gammix S70 is powered by the InnoGrit IG5236 controller chipset, a relative newcomer that has yet to prove itself against the more familiar competition, most obviously the Phison E18. In truth, SSD controllers are largely black boxes whose inner works are at best opaque to end-users, or at least those of them who don’t have a masters in integrated circuit design with a sideline in the intricacies of NAND flash memory.

But, for the record, the InnoGrit IG5236 is a multi-core NVMe 1.4-compliant controller with eight memory channels a quad-lane PCIe 4.0 interface. It’s also manufactured on TSMC’s 12nm FinFET process, so it’s a fairly advanced slice of silicon, which bodes well for efficiency and heat management. It also supports both dynamic SLC caching and DRAM cache. In this implementation, Adata has gone for up to 666GB of SLC cache and 1GB of DRAM cache. Overall, the InnoGrit IG5236 certainly looks competitive on paper.

It’s also worth noting that Adata says this drive will maintain a static bill of materials over its lifespan. In other words, major components like the controller and NAND flash chips won’t change over the lifecycle of the drive. Buyers can be confident the quality and detailed specifications won’t change, which hasn’t always been the case.

Finally, the Gammix S70 comes configured with a pretty thick and hefty heat sink. While that ought to be a good thing when it comes to thermals and sustained performance, it’s also ergonomically tricky. This M.2 drive is fat enough at 1.5cm tall that it might obstruct PCIe x16 slots and the fitting of graphics cards, depending on the precise layout of a given motherboard. It’s something worth bearing in mind.

All of which is probably leaving you gasping to find out, well, just how fast this drive actually is. On the raw sequentials, it’s up there with the very best. At 6,950MB/s, it’s about as fast a flash drive as we’ve tested. Only the Sabrent Rocket Plus edges it and then only just. Meanwhile, it’s actually the fastest drive we’ve test for writes at 6,340MB/s, albeit most of the competition was tested in slower 1TB configuration.

Of course, those peak numbers reflect the performance on the drive in SLC cache mode. In our internal file copy testing, initial performance kicks off at 1.8GB/s, falling to 1.1GB/s after the 600GB or so of SLC cache is exhausted. After about 750GB of writes, we found performance dropped a little further, fluctuating between 500MB/s and 750MB/s. That’s adequate, but not stellar.

Another aspect to file under ‘slightly less impressive’, and perhaps predictably so given the IOPS specs, is random 4K performance. At 66MB/s for reads and 202MB/s for writes and queue depth one, it’s a fair distance behind the likes of the WD Black SN850, which knocks out 83MB/s and 274MB/s respectively.

As for how all that translates into real-world performance, for instance, game load times, there’s inevitably not a lot in it. The Gammix S70 is just half a second behind in the Final Fantasy XIV: Shadowbringers level load benchmark. In reality, so long as you have a half-decent modern SSD, most of the bottleneck regarding game load times lies elsewhere, though that may change when Windows 11 arrives later this year and with it the Direct Storage technology first seen on the Xbox Series X.

This is therefore certainly a worthy contender in the PCIe 4.0 SSD wars. Would we take it over the WD Black SN850? Only if it came at a significant discount. That may sound like damning with faint praise. But the point is that this drive is good enough that we’d be happy to run with it over anything else provided it was priced right. As we write these words, pricing is pretty much on a par with the WD Black SN850, which makes the Gammix a hard sell. But if it gets just a little cheaper, things will be very different.