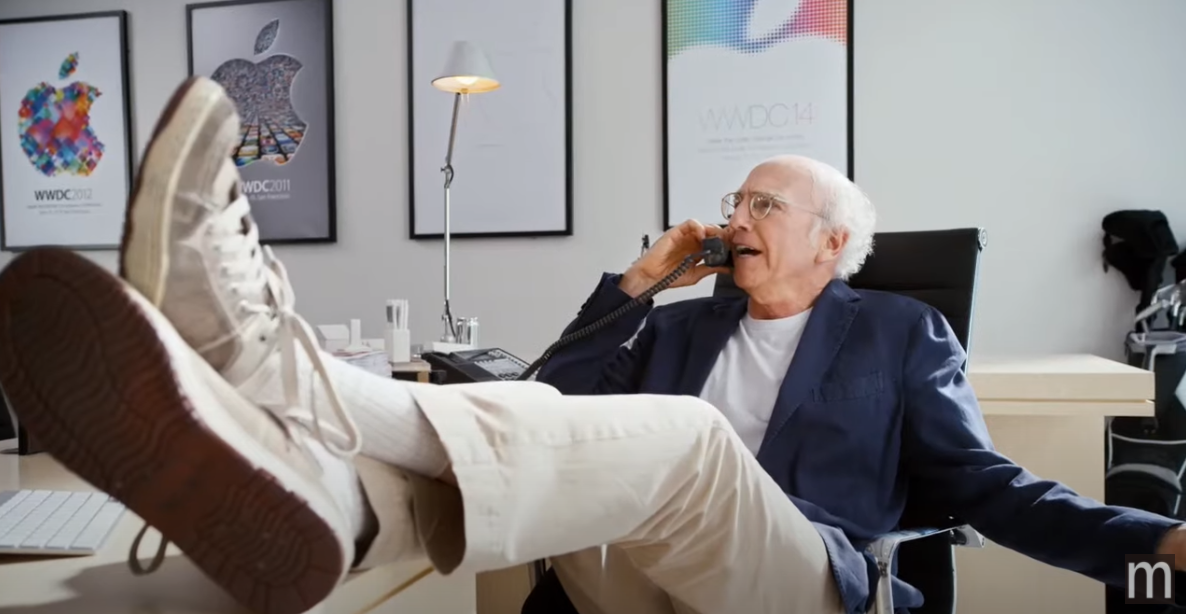 A 10-minute long episode of Curb Your Enthusiasm, made to open Apple’s 2014 World Wide Developer Conference but ultimately rejected, has leaked online. It features Larry David as the ‘App Approver’, who reads the elevator pitch for iOS Apps and accepts or rejects them with a big ink stamper. Other members of the cast play Apple employees, App developers and so on, with the most amusing recurring theme being Larry’s deep dislike of Snapchat.

“And by the way, why are birds always so angry in these apps?”

It has to be said that it’s pretty obvious why Apple rejected this. It’s very true to the tone of Curb Your Enthusiasm, which gets much of its humour from picking apart awkwardness and social taboo, and while it’s a funny old time there’s just a lot in here that wouldn’t quite fit the pristine Apple image.

An early eyebrow-raiser is the comparison of slavish adherence to Apple’s door security rules to Nazi Germany (Larry: “well, they were organised!”), before we get into the realms of extreme bad taste with some of the made-up apps, and then Larry has an argument with J.B. Smoove, a black colleague who won’t let white people bite his sandwiches. This last exchange ends with the two airing their respective mottos at each other, “No bites for whites” and “No snacks for blacks”, at which point I imagine Tim Cook himself was slamming down the ‘Rejected’ stamp with some considerable force.

Doubtless Larry David didn’t mind though: he doesn’t normally do promotional stuff, so the sum involved must have been staggering. And until it leaked this was surely the dream job: all that lovely lolly, without the ignominy of it ever being aired.