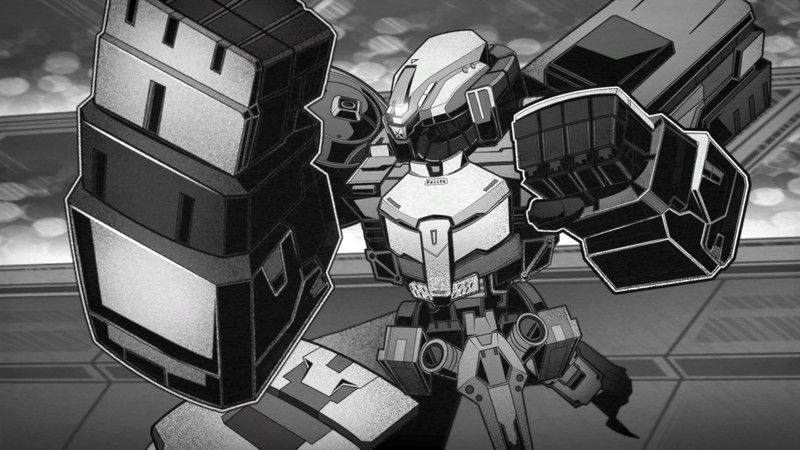 With so many games competing for your attention at E3, it’s easy to take your eyes off the screen for a few seconds and miss a couple dozen of them. With all those trailers, announcements, and gameplay videos, especially from big publishers and studios, some of the smaller indie games can wind up flying under the radar.

So we went and collected 15 indie game trailers that we think look especially interesting, just in case you missed them while gawping at games like Elden Ring and Starfield. Here are the indie game trailers you should take a look at if you didn’t see them the first time around.

We Are OFK looks, sounds and feels like an indie coming-of-age story—which I’m a total sucker for. A gorgeous-looking narrative about friends forming a band while getting to grips with adult life and paying LA rent.—Mollie Taylor

Letters fell under my radar so hard during the Wholesome Direct, I am now contractually obligated to keep writing about it in case you missed it too. Grow up through the ’90s and 2000s as you exchange letters and retro MSN messages with your Russian penpal. Words written or typed can be picked up or kicked into new words and used to solve puzzles, and it’s damn satisfying when you nail a particularly difficult riddle. Or, y’know, just use the words to stack up a bunch of cats on your screen.—Mollie Taylor

Part turn-based mech combat arena, part visual novel RPG, Wolfstride has a devilishly slick comic book look and loads of style. Take odd jobs in the city to earn money. Repair and upgrade your mech, and learn new moves and install new weapons between battles. Then you step into the arena for another giant mech showdown.—Chris Livingston

As the last remaining mother fox on Earth, guide your three baby foxes through a world ravaged by humans. Hunt to feed your kids, use stealth to avoid becoming someone else’s meal, and lead your children to safety in this gorgeous looking 3D sidescroller.—Chris Livingston

I enjoy taking pictures in games, and in Beasts you play a photographer snapping pictures of the strange and beautiful wildlife on a mysterious island. And there’s a bonus: Unlike most games shown at E3, it’s already out on Steam.—Chris Livingston

Fire hoses aren’t just for dousing flames, but also propelling yourself (you’re Firegirl) like a rocket in this frenetic platformer. Smash things with an axe, rescue people, put out fires (and fire monsters), and restore burned buildings to their former glory.—Chris Livingston

I’m loving the number of smaller indies that focus on the satisfaction of organising, cleaning, and tidying random stuff and A Little to the Left is one of those games. Shown during Wholesome Direct, A Little to the Left finds the utter delight of precise organisation, whether it’s straightening a hanging frame, collecting notes into a neat pile, or arranging books on a shelf into a pleasing aesthetic order. A lovely little puzzle game that flew by during the show, but I think is worth highlighting.—Rachel Watts

One of the smaller games whose art style really made it stick out was Russian artist Yullia Prohorova’s Woodo. It’s a calming puzzle game that looks like it’s been crafted completely from wood. There’s not a lot about how the game will be played, but watching the teaser gave me such a visceral reaction. It shows a cluttered kitchen filled with all sorts of handcrafted knickknacks that are so detailed it makes you want to reach into the screen and feel them in your hand. I can’t wait to start poking and prodding around when it releases.—Rachel Watts

I loved Far: Lone Sails back when it first released three years ago, and it looks like Okomotive’s new game, Far: Lone Sails, has inherited the slow, contemplative vibe of its predecessor. Changing Tides tasks you with controlling a hulking ship through uncharted waters. You’ll have to scavenge for materials to keep the metallic beast fed, and make sure it doesn’t run into any trouble as it voyages through the post-apocalyptic world. I’m really looking forward to another introspective adventure from Okomotive, but just looking at the trailer’s underwater graveyard full of demolished ships is giving me heart palpitations.—Rachel Watts

Games that let you wear disguises and deceive people are cool, and The Big Con is literally about being a con-artist. Yet somehow it feels so good-natured, grifting and conning people out of their money to save your Mom’s business. It just sounds like a neat concept for a game and looks like a lot of fun, too.—Chris Livingston

Brewing potions is usually an afterthought in games, something to quickly do between adventures, but Potion Craft makes it the whole game. I love the medieval art and the way you physically use the mortar and pestle to crush ingredients, stir the cauldron to mix them, and work the bellows to bring your concoctions to a boil. And then, of course, you’ve got the sell them to picky customers. There’s a free demo out now.—Chris Livingston

The violence has already happened in Serial Cleaners. The place is strewn with dead bodies, splattered with blood, and filled with nosy cops. But you still need to clean things up. Use stealth to sneak around, mop up blood, and dispose of corpses while evading the prying eyes of the law. It looks like some grisly fun, and it’s due out this year.—Chris Livingston

Global climate change has raised the water level in Venice so much the city is almost completely abandoned. You play as a teenager named Nova and explore the city via hoverboard in this 2.5D adventure. Meet colorful characters and help them out, solve puzzles, and maybe find some way to save the beautiful sinking city.—Chris Livingston

The broad strokes of harvesting crops, feeding chickens and decorating a cabin sound so very Stardew. But thanks to its first-person perspective and some granular controls, Lonefarm resembles goofy life sims like Landlord’s Super and Jalopy. There’s even a truck you have to load up with vegetables, stick into gear and drive through the woods yourself.—Jeremy Peel

We can’t wait to get cooking in simulator Soup Pot. You can follow over 100 real-life recipes but you can also improvise to give each meal your own personal flair. Cook, plate, and serve, and learn new recipes from the in-game social media app. And it all looks really delicious.—Chris Livingston